Two years ago (2018) I recorded mum talking to the frogs and it was featured on the ABC radio show Off Track presented by Ann Jones.

Since then, every time we go to the park, mum tries to communicate with any frogs that might be around – but with no success. We could never find one. And now it is spring: Bingo! We heard a frog respond! 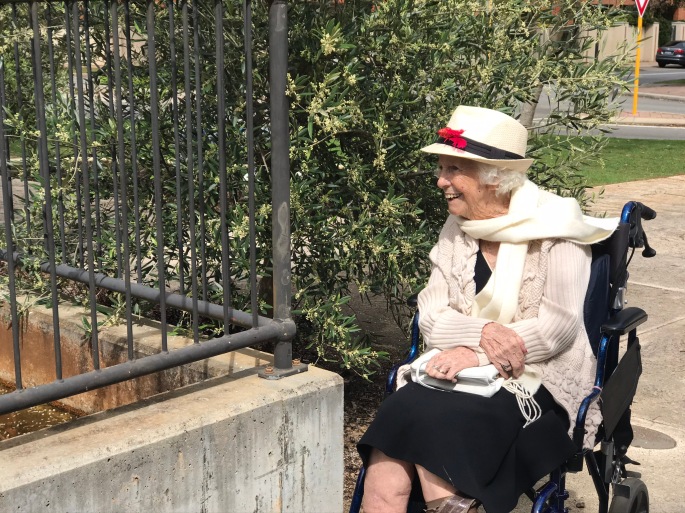 Mum is not as well as she used to be (late-onset Parkinson’s disease) and her voice is now too soft for the frogs to hear and respond, so I had to help her out.

It made mum very happy!!

You can find the  entrance to Subiaco Common on Mere View Way in the suburb of Subiaco.

My mother lives near the common. It is a beautiful place to talk a stroll.

Mum has late onset Parkinson’s disease and apart from finding it difficult to walk she also has difficulty projecting her voice. Sometimes I find it difficult to hear her talk and have to lean over close to hear what she is trying to say.  Recently she has commenced speech therapy to try and improve her voice. 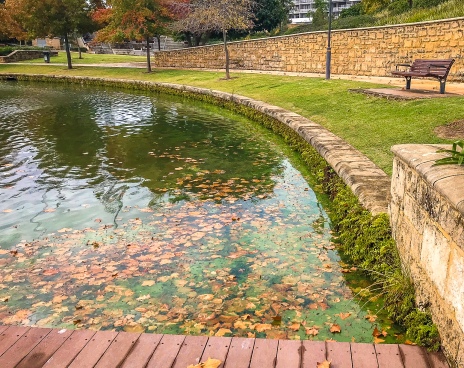 On this occasion she decided to practice some vocal exercises while we were walking through the park. As we walked along she would suddenly (and surprisingly) project some loud ‘Aaahh!’ sounds; often in various pitches and often to the amusement and/or puzzlement to some of the other walkers in the park!

As we walked passed a pond I suddenly heard an echo to one of mum’s vocalisations. We stopped and I asked mum to say ‘Aaahh!’ again and again there was an immediate echo!

To our amazement the echo was a frog!  Mum seemed to pitch the sound just at the right frequency to trigger  a response from it. We found this very amusing, every time mum said ‘Aaaah’ the frog would immediately respond to her. But if we just talked, the frog would remain silent! I took out my phone and recorded it.

The common is a wonderful  space to take time out if you live or work near here. It is in a lovely setting of trees, flowers, lakes and waterways and there is also  a BBQ area, a children’s playground and even an open ground for exercising the dogs or kicking a footy.

Mum and I had a fun day there and the frogs added  much to our enjoyment of this  enchanting environment. 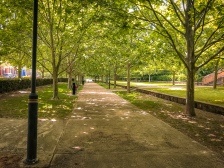 2 thoughts on “Talking to the frogs”